Johnstone High Parish was built in 1792 on lands graciously donated by George Ludovic Houston Esq, Laird of Johnstone. The building was designed by William Lamb of Paisley – the first of 3 generations of architects.

The walls are 3 feet thick, and were originally harled with Scots lime and coarse sand on the outside. On the right hand side of the North door, you will find the shape of a fish cut into the stone. This was a well-known old Christian symbol. As late as 1875, it is believed there was still an earthen floor, with some of the pews floored in wood.

The spire was not part of the original building, being added – following plans from the original architect – in 1823, with the Session House the following year. 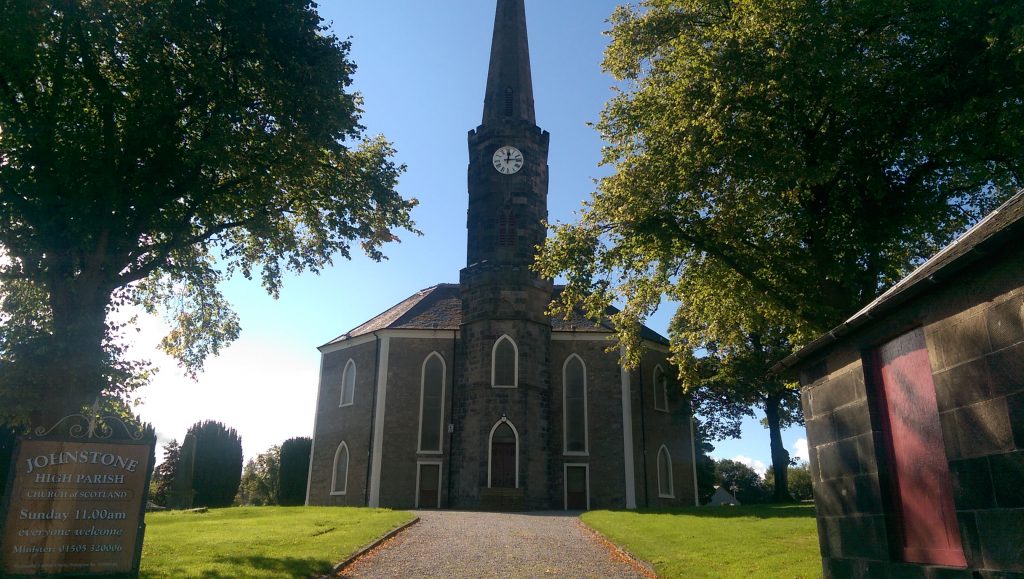 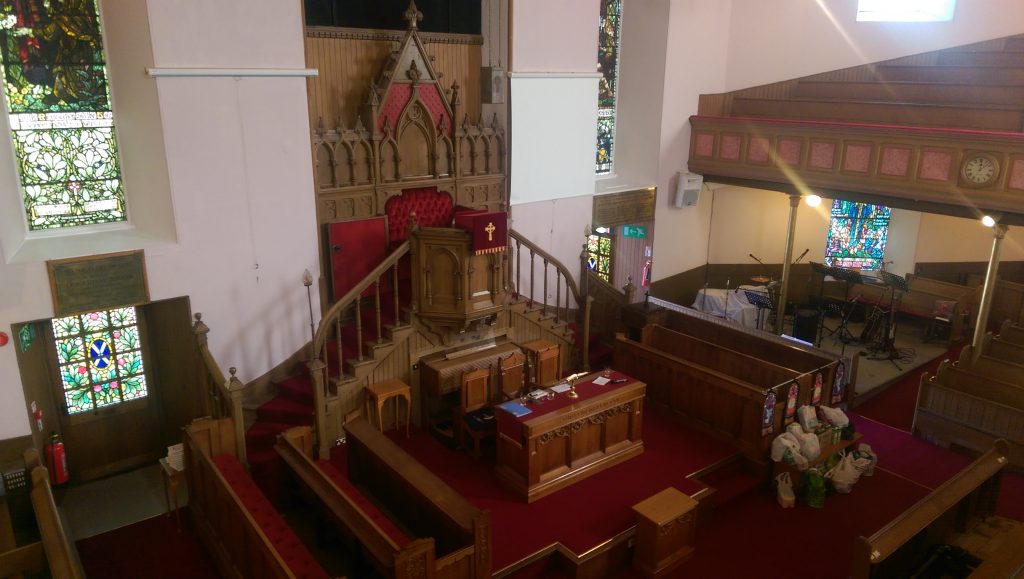 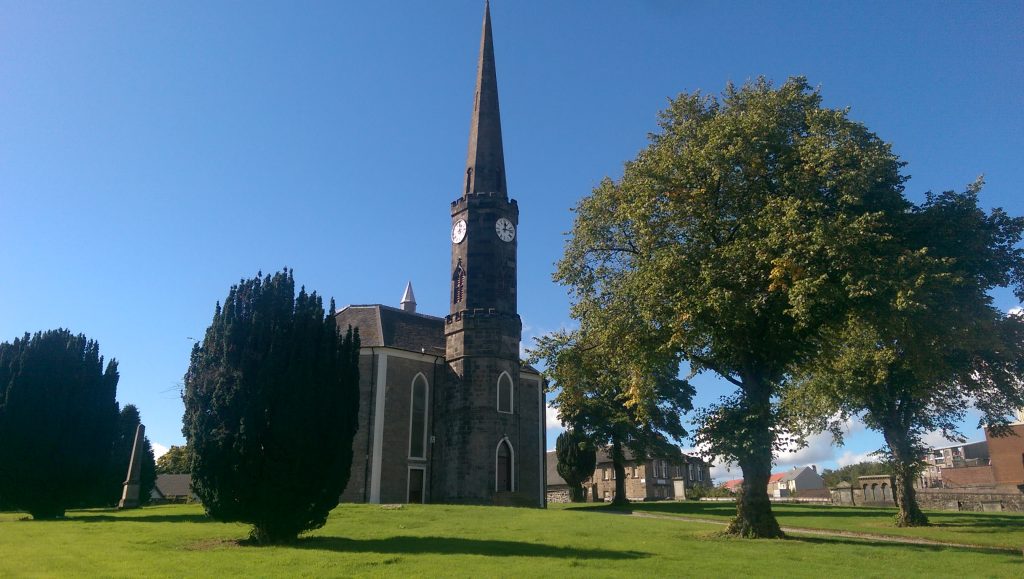 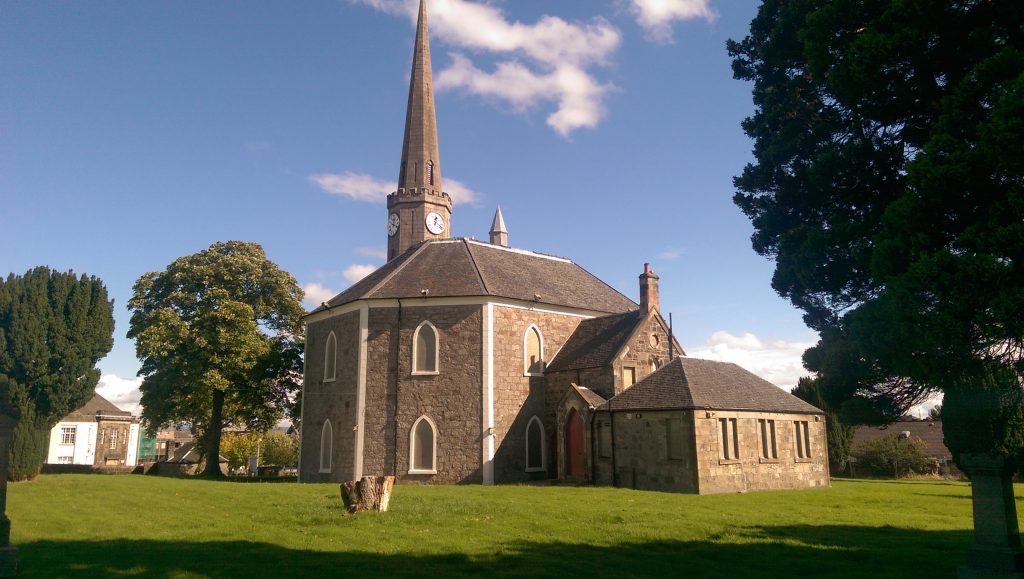 Due to the seating capacity of the church, it was often used for public meetings till the Town Hall was built in 1869. In 1877, the church was refurbished, and a solid heating system installed. In 1900 the organ was installed and it was not until 1919, that electricity was added to provide lighting!

One of the striking features about the building is the stained glass windows in every lower alcove. Each window has a small plaque on the sill telling us about them. The first window was a memorial to the Rev William MacLoy. The second was in memory of the members of the congregation lost during WW2, each one named on the window.

Over the years, there have been many beautiful furnishings donated to the church, including the Communion Table and Baptismal Font, the latter being made from Cadzo Oak from the old Palace of Hamilton.

The Feu Charter for the graveyard is dated 17th June 1791 and makes it one of the oldest documents relating to the town, but the first lair was not sold until 1797.

There are 460 graves plus one mass grave, unmarked, to take bodies from the epidemic. This was behind the Session House. We believe approximately 1500 persons were buried in the graveyard, excluding the mass grave.

The plague mentioned was the Cholera one of 1832.

Johnstone High is more than just a beautiful building. It seeks to provide a spiritual home to all who come there. Our members seek to be open to the needs of the community, and pray that others will be drawn to the love we all know in Jesus Christ.